WHY YOU SHOULD UPGRADE TO ENERGY-EFFICIENT APPLIANCES 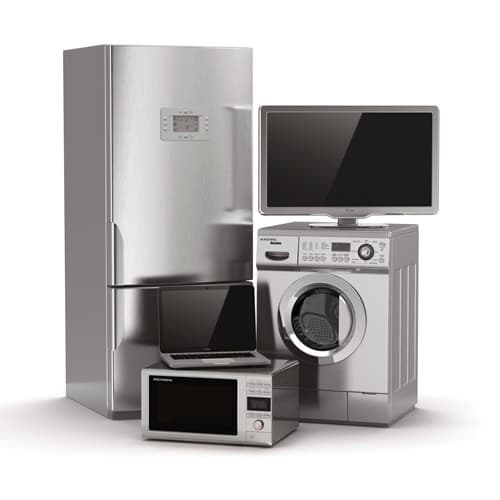 Whether your washer and dryer have been acting up or your fridge just isn’t keeping cool the way it ought to, it may be time for you to replace your appliances.
If you’ve been looking into replacing them with more energy-efficient models, you may be wondering if it’s worth the extra cost to purchase these upgraded appliances. The answer is yes for most people, and here are just a few reasons you should seriously consider investing in more energy-efficient models as you replace your appliances.

Temperatures around the world currently reach greater extremes than ever, and inconsistent weather patterns affect people more and more regularly. Consequently, it’s now very important to reduce greenhouse emissions, become more energy efficient and invest in renewable energy sources.
Just this year, Arizona has experienced record-breaking temperatures that have actually caused structures around the state to start melting because of the temperature extremes, reaching as high as 167 degrees Fahrenheit on the concrete.
This is a big part of why a lot of world leaders decided to participate in the Paris Climate Agreement, which went into effect in April of 2016.
While the US is no longer a part of the Paris Climate Agreement, it’s still important for us to do our part to reduce carbon emissions, and part of that is investing in energy-efficient appliances that lower the amount of waste we produce while still getting the services we need.
The average person in the US produces 16.4 metric tons in carbon emissions each year, but if everyone were to switch over to ENERGY STAR certified appliances, such as Whirlpool, the country could lower emissions by the equivalent of 215,000 cars and lower energy costs by $360 million as a nation.

While making this switch could save the country millions in annual energy costs, make us less dependent on foreign oil, and lower our greenhouse emissions, these aren’t the only benefits. There are a lot of benefits to your home specifically.
A lot of energy-efficient appliances use less energy, but they also use less water. This affects not only the amount of emissions you produce, but can also impact your overall water and electric bills.

Along with the reduced costs as a nation and at home, investing in energy-efficient appliances is also smart for you as a homeowner, as the federal government offers tax credits.
For example, purchasing a geothermal heat pump, which is an energy-efficient, low-emissive heating and cooling solution, can qualify you for a credit paying for 30 percent of the total cost spent on the system. This lasts up into 2019.
The reason energy efficiency and conservation are so great is because it reduces the need to produce the energy in the first place. Although the government also offers homeowners rebates for investing in renewable energy sources like solar panels as well, this isn’t necessarily as effective as simply investing in energy conservation though smart appliances.
In a recent poll the ACEE found that—for the most part—building renewable energy power plants would cost more than simply conserving energy use, and that it was a smarter option overall for cutting emissions to invest in energy-saving programs.
As you look to purchase new appliances for your home, there really is no reason not to look into buying more energy-efficient models. They’re good for your budget, your conscience and the economy, and they reduce carbon emissions.
Reach out to AAA Home Services to see what options we have available, keeping in mind that even if we don’t carry the model you want, we have certified technicians that can install any name brand.